“Man has, as it were, become a kind of prosthetic God. When he puts on all his auxiliary organs he is truly magnificent, but those organs have not grown on him and they still give him much trouble at times.”

The main theme of this series is based around loss, and how we cope with loss. In this series of figurative paintings, my aim is to focus more on the metaphorical connotations of prostheses and what they imply. Prostheses are used to ‘cover-up’ or ‘deal’ with the loss of a real human member, but they have a very uncanny resemblance to their human counterparts. They stand for much more then just a replacement limb; these tools can hold a very special place in the world of amputees, and can also be idealised or glorified. Seen not only as a replacement, but also as an extension to the body, they may give the body more power than a normal limb would. These foreign, unnatural, but practical tools we call prostheses, help an amputee emotionally cope with the pain of loss too; helping to hide the ‘ugliness’ of a missing part, making the pain bearable, making an amputee feel less ‘incomplete’. They don’t only only offer a temporary solution to loss, they also embody the strange relationship we have with commodities, and how overpowering it can be. Phenomenologist Maurice Merleau-Ponty talks of the human body as mediator – blending self and other, fact and fiction, tool and world.

I drew inspiration from photos of the 19th century and old prostheses, but also very new ones, such as the artificial heart I drew in the painting of the little boy. I decided to name the series ‘Prostheses: A Life of Their Own’ because I wanted to show how it’s the prostheses which determine so many factors of an amputees life, they are ‘in control’ of that person’s life, as they appear so lifelike and have the power to transform both physical and mental aspects of someone’s being. They can hide vulnerability, offer relief, and suppress psychological pain, acts both as an extension and something that can be incorporated into the human body, making us posthuman.

This is a series of oil paintings, of various sizes. 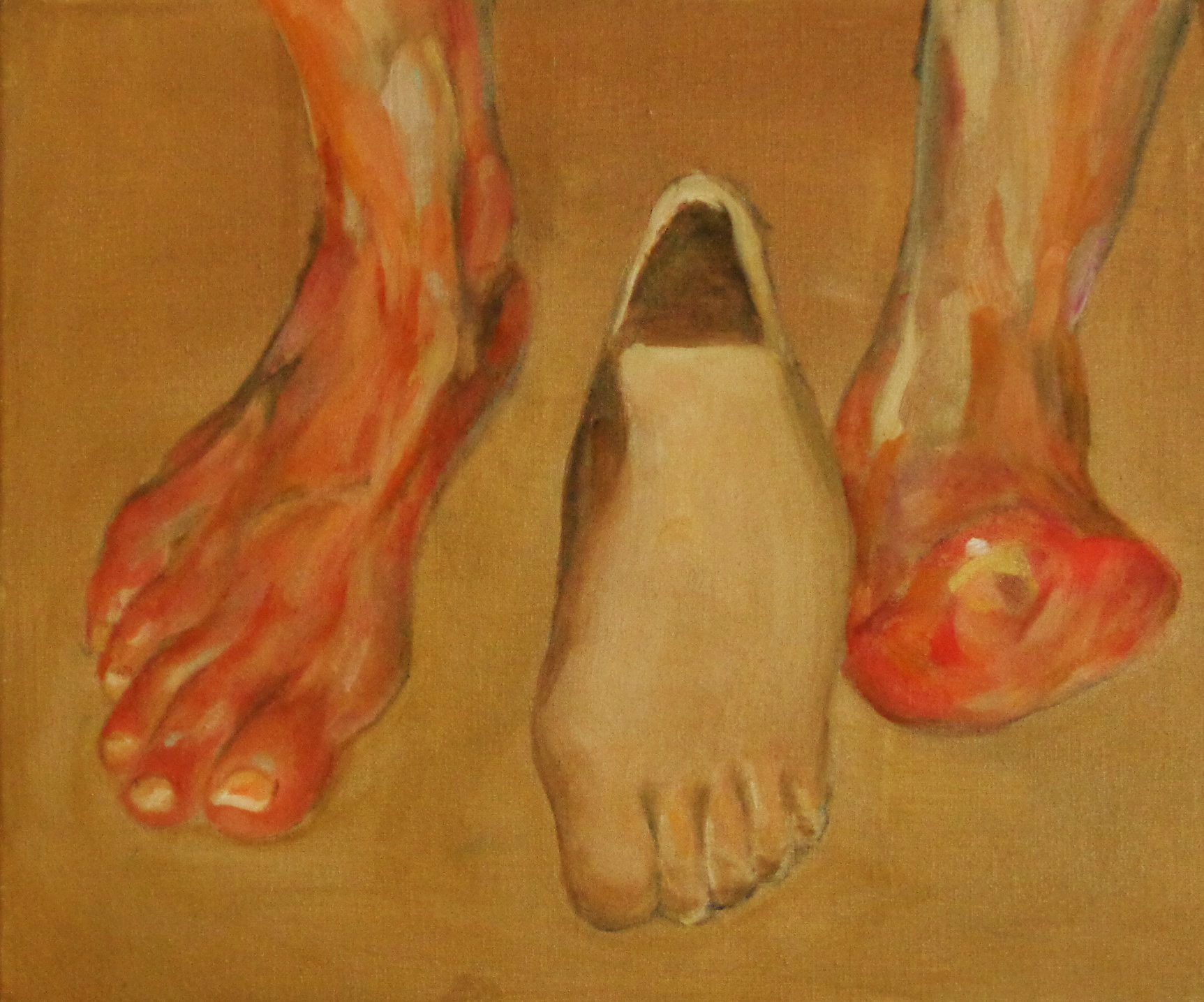 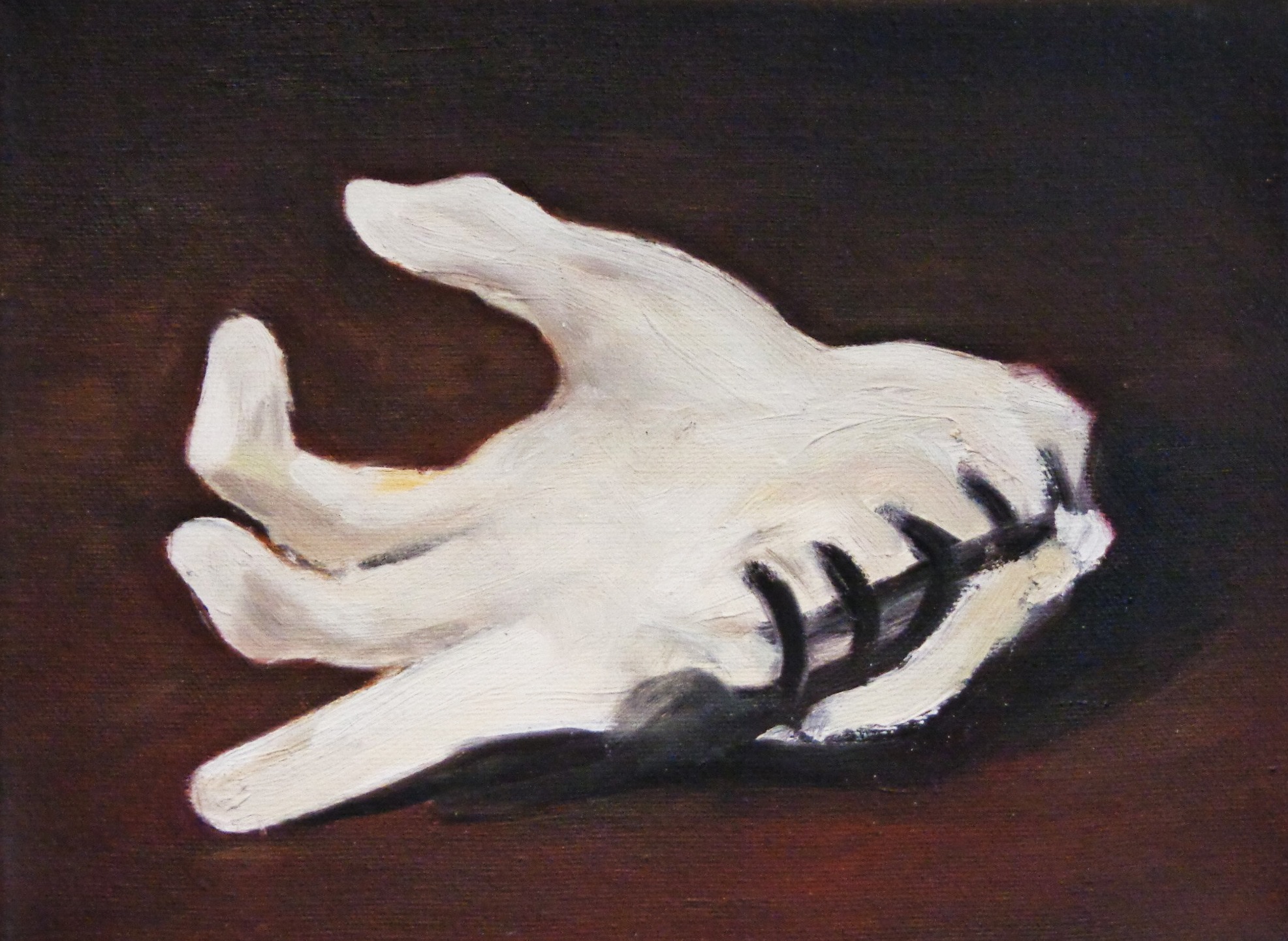 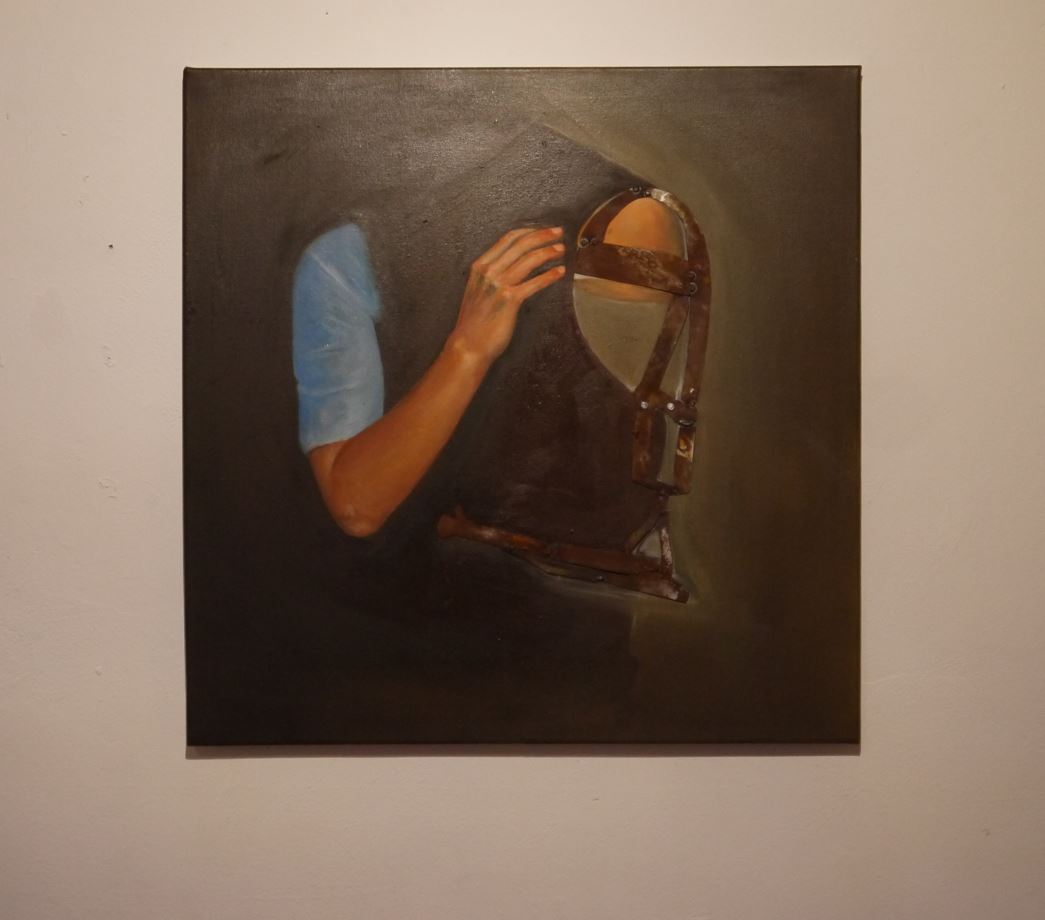 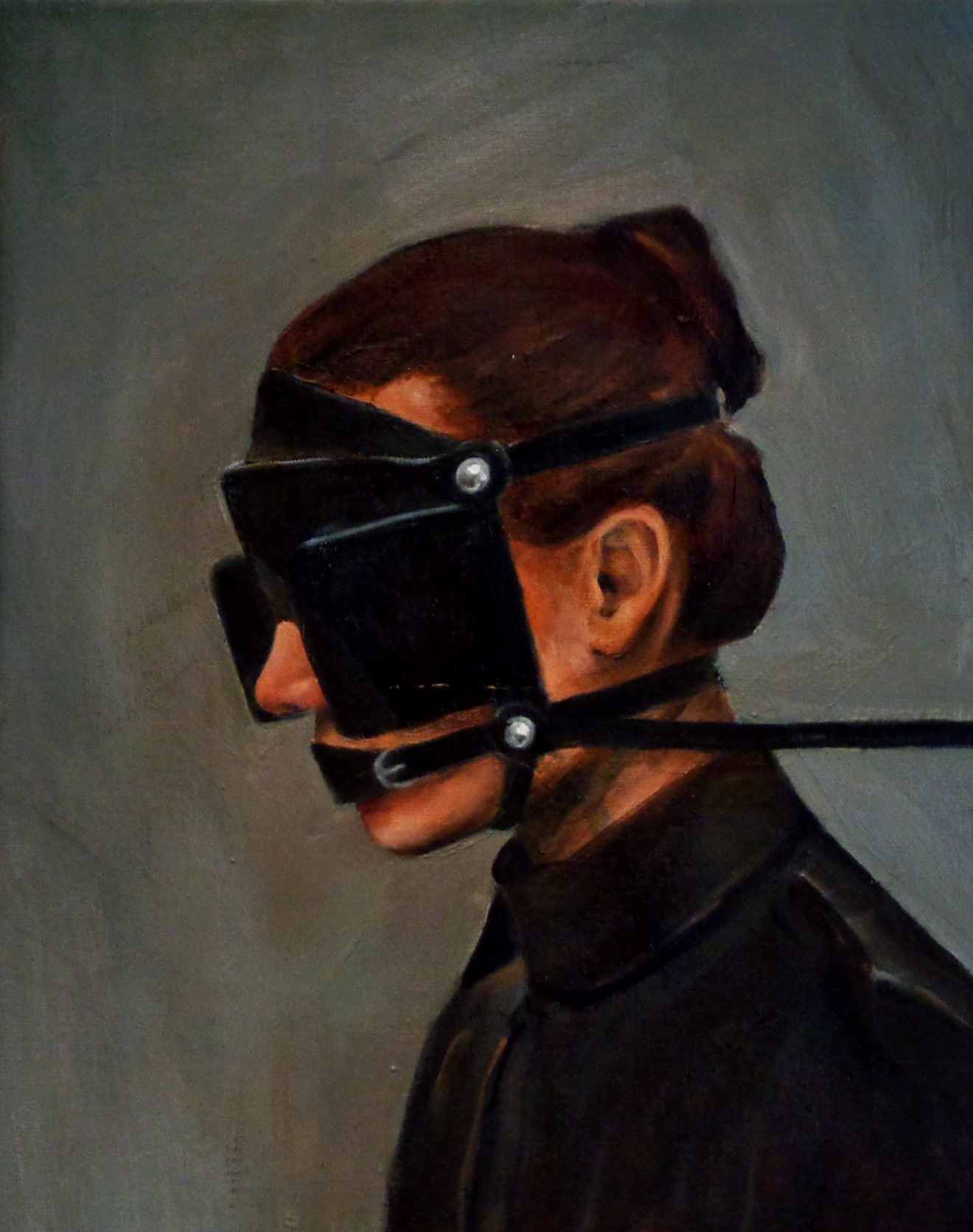 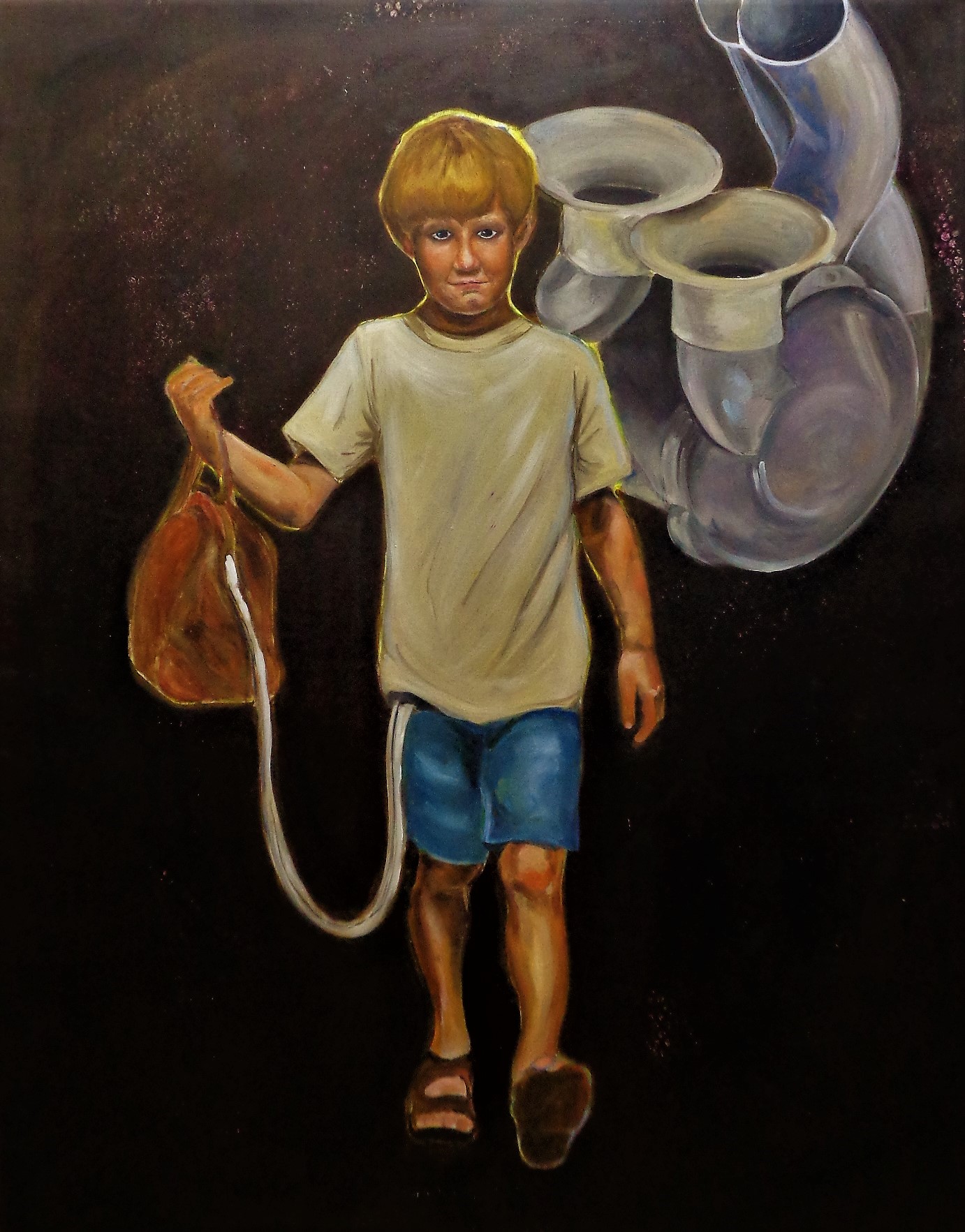 The Conditioning (2017 Collection) is a series of paintings in which I paint everyday tools and objects that  limit or restrain the human body and the human senses in some way. These objects are used as metaphors to explore submissive desires and limiting patterns of human behaviour that we sometimes unconsciously fall into. This series also explores the dependencies we create to such artefacts, or ‘thinking patterns’, and how they affects our mental wellbeing. I was inspired by medieval tools used for torture, and the sadomasochistic uses of bondage.